Despite the probable building works and updates to Shoestring Playhouse, TTT is forging ahead with 3 full-length plays and a one-act play season. This is a terrific mix of drama, comedy and pathos and also an opportunity for the Surf Coast to invest in skilled theatre directed, produced and performed by local talent.

Auditions are open for season 1, The other place. Click here for details.

Season 1 - The Other Place by Sharr White. 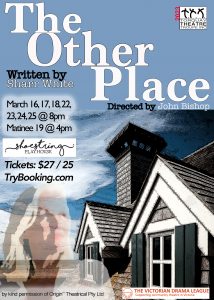 Juliana Smithton is a successful neurologist whose life seems to be coming unhinged.  But in this brilliantly crafted work, nothing is as it seems.  Piece by piece, a mystery unfolds as fact blurs with fiction, past collides with present and the elusive truth about Juliana boils to the surface. 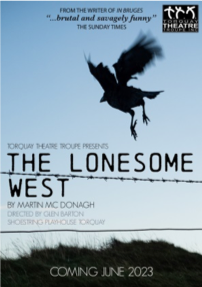 Valene and Coleman are two brothers who have lived together for years with constant petty squabbling. After their father’s death the local priest hopes a new understanding could develop. Could, that is, if the brothers could stop arguing about crisps, ornaments, who left the top off the pen and whose turn it is to read a magazine.

These two plays are very different, one a contemporary look at how lockdown affected us and the second a light-hearted romp to delight the spirit.  A unique night of theatre. 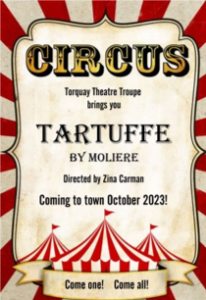 Tartuffe was written in 1664 and, like Shakespeare, lends itself to being set in other circumstances. In this version Tartuffe is a Snake Oil Salesman who joins the King's circus, owned and run by Orgon, a wealthy servant of the King.  Orgon and his mother believe everything Tartuffe says, until he is exposed.