Michael has the best Cosi  in Torquay

This simple, cheerful, yet insightful theatrical treatment of Louis Nowra’s modern Australian classic had much to admire and very little to criticise.
Director Michael Baker’s uncluttered approach and inspired casting resulted in a potent audience mix of laughter and insight into writer Nowra’s semi-autobiographical story of a young theatre graduate’s challenging first job – staging a theatre production in a 1970s Melbourne mental institution.
Theatrically, the situation had its difficulties – it’s easy to go for cheap laughs portraying mental patients – while generating audience understanding  of mental issues in a social comedy framework is far from easy.
But Director Baker and his team played down the former and achieved the latter while still drawing consistent laughs.
So Cosi’s Torquay house-full opening night audience reacted to every emotion throughout – and was abuzz with equal praise, laughter  and sympathetic understanding after the final applause.
Much was due to fine onstage performances from that excellent cast.
This was led by Barry Eeles, a Geelong Rep stalwart whose lean and craggy looks and slicked-back hair regularly type-cast him as a stage villain. But here, Barry was a revelation as the wild-haired bi-polar opera-fan-steamroller Roy, antagonising, goading and just occasionally supporting the innocently fearless director Lewis, played with straightforward ease by Lachie Errey.
Their ‘cast’ of Barry’s press-ganged patients were each wonderful; from Glen Barton’s edgy unstable pyromaniac Doug to Fred Preston’s delicate portrayal of the extremely introverted Henry; Stacey Carmichael’s sad/sexy/crafty recovering drug addict Julie; Karen Long’s sweetly struggling obsessive Ruth and Kevin Fitzpatrick’s obsessed and medically-supressed musician Zac.
And then there was Cherry, played by TTT’s musical-theatre  recruit Sam Heskett,  as an armed, food-obsessed stalker who possesses what must be the most dazzling, menacing forced smile ever seen on a Geelong stage.
This scene-stealing group of inmates drew quality support from Stuart Errey’s social worker and ‘outsiders’ Melinda Chapman and Lachie Vivian-Taylor and together they presented a Cosi of simple design and high quality that has earned a swag of VO nominations.
I’m sure that once word gets out of this TTT Cosi’s excellence – and sheer fun –  then tickets will be at a premium.
It would be a good tip to book now. 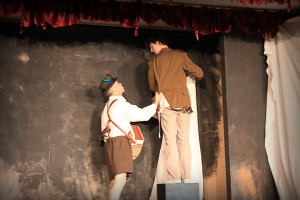 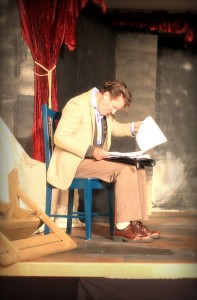 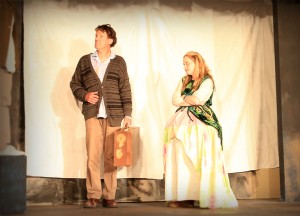 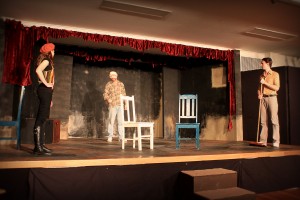 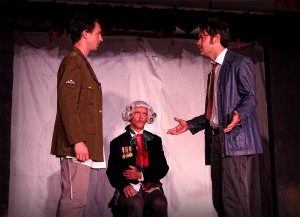 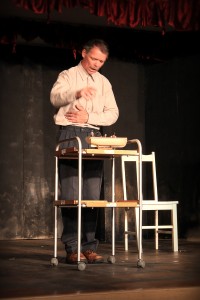 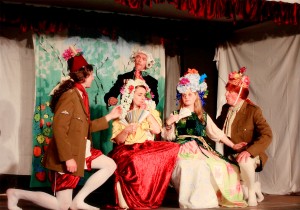 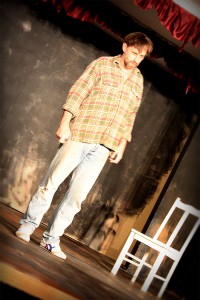